Constructing a benchmark in life sciences in southern Europe

Biocat’s work in promoting innovation and encouraging entrepreneurship and business development has its keystone in the collaboration with strategic partners, both on an international level as well as in Catalonia itself. The activities carried out during 2012 are a clear example of this.

This double focus – Catalan and international, has been especially relevant in the work carried out during the year to promote Catalan participation as candidates in two new KIC’s (Knowledge and Innovation Communities) of the European Institute of Innovation and Technology (EIT), in the areas of health and ageing on the one hand and food and nutrition on the other. The IET is a key part of the new European strategy in the promotion of research and innovation, Horizon 2020, and to be able to actively participate in the new knowledge and Innovation Communities of the Institute would be an extremely important step forward in the competitiveness of Catalan companies and institutions. Biocat has coordinated two workgroups which unite the Catalan entities positioning themselves as active members of the Innolife (Healthy Living and Active Aging) and Food4Future candidatures. 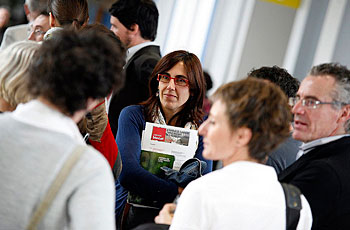 On the international scene, the programs for cooperation and technological transfer should also be highlighted, such as Bilat USA 2.0 (2012-2015) and ETTBIO (2012-2014), which were initiated during the year. The first aims to promote bilateral collaboration in research and innovation between Europe and the USA and to promote the establishment of common strategies. The second is aimed at identifying, exchanging and communicating good practises for technological transfer in biotechnology. Throughout 2012, a catalogue of criteria for the evaluation of technological transfer has been evaluated and a regional analysis has been undertaken – and a report produced – based on the evaluation criteria defined.

Biocat also participated in the HealthTIES (2010-2013) consortium, with the aim of promoting innovation in medical technology. During this year the guides have been defined and an analysis of strengths and weaknesses has been carried out of the four participating regions and an analysis has been made of the infrastructure matrix, crossing technological platforms and therapeutic areas. The Interbio project finalised in June 2012 and during the second half of the year work started on the Transbio project which thereby gives it continuity.

Likewise, Biocat has continued working on the promotion of the specialised networks BioNanoMed Catalunya and Oncocat — created between 2010 and 2011 — to promote projects relevant n the field of nanobiomedicine and oncology in Catalonia. Throughout 2012 the foundations have been laid for a joint initiative including various hospitals and research centres to build a platform for the improvement in the diagnosis and treatment of cancer (BPCP). 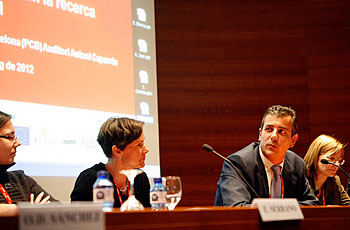 Additionally, three scientific / technical conferences have been organised to analyse the challenges in the sector and to facilitate connections between the actors, with the participation of over 350 professionals: Challenges and risks of research in advanced therapies (20-1-12), in collaboration with the Cellular Therapy Program of the UB (TCUB); The role of platforms and facilities in translational research (22-5-12), within the framework of the Interbio project and with the collaboration of the Barcelona Science Park, FIVEC and the Centre d’Investigació Príncep Felip (CIPF) from the Valencia region, and Healthcare system needs new public purchasing model (20-11-12) with the Health Sciences Foundation and GlaxoSmithKline.

As well as a new edition of the Bioemprenedor XXI program, Biocat’s task in the promotion of entrepreneurship has included a wide on-line diffusion of success stories in technological transfer in the framework of life sciences. The web (with over 206,500 visits in 2012) and the E-News (with an average 10,000 distributed in Catalonia, the rest of the state and internationally) has given publicity to successes from companies arising from the university area such as Advanced Nanotechnologies, a spin-off of the University of Barcelona (UB) which works on innovative solutions based on nanotechnology for the biomedical, energy and automotive fields; Iproteos, a spin-off from the IRB Barcelona and the UB, which is developing third generation pharmaceuticals for the nervous system, and iMicroQ, a spin-off of the Rovira i Virgili University, which has launched its new kit for the rapid detection of salmonella. 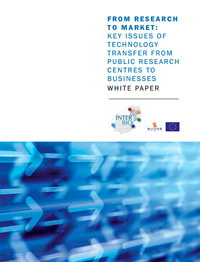 In its third and final year of operation, the Interbio project (2009-2012) was ratified as an optimum means of exchange and a meeting point for the five participating European territories: Aquitane (Bordeaux), Catalonia, Lisbon, Llenguadoc-Rosselló and Valencia.

Biocat has coordinated the publication of the first edition of the white paper From Research to Market: Key Issues of Technology transfer from public research centres, elaborated together with the project partners. It is a guide uniting all the practical directives of the whole process of technological transfer in the field of public research into biotechnology, biomedicine and medical technologies. The white paper aims to be a reference for entities and to be used as an assessment guide for SMB’s, start-ups and spin-offs. 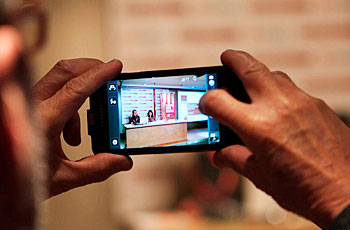 Over the last three years Interbio has produced activities with very positive results: 18 interdisciplinary transregional research groups (seven in Catalonia), a mapping of the Catalan technological platforms, over 100 grants conceded for training, research and mobility, and various symposia and seminars for the promotion of synergies between regions.

Amongst the activities carried out in 2012 we should highlight the following: the conference The role of platforms and facilities in translational research, organized by Biocat in Barcelona; the 5th Young Scientist Symposium in Bordeaux (France); the workshop Two faces of Science Communication: peers and lay audiences in Oeiras (Portugal), the project closure meeting in Toulouse (France).

Thanks to Interbio’s success, the European Commission  —through the Territorial Cooperation Program of the South West European Space (Interreg Sudoe)— has provided continuity to this framework of this territorial cooperation with the new Transbio project, approved for 2013. This experience takes on the experience acquired in the transformation of research results into economic realities and to articulate a highly competitive international network.